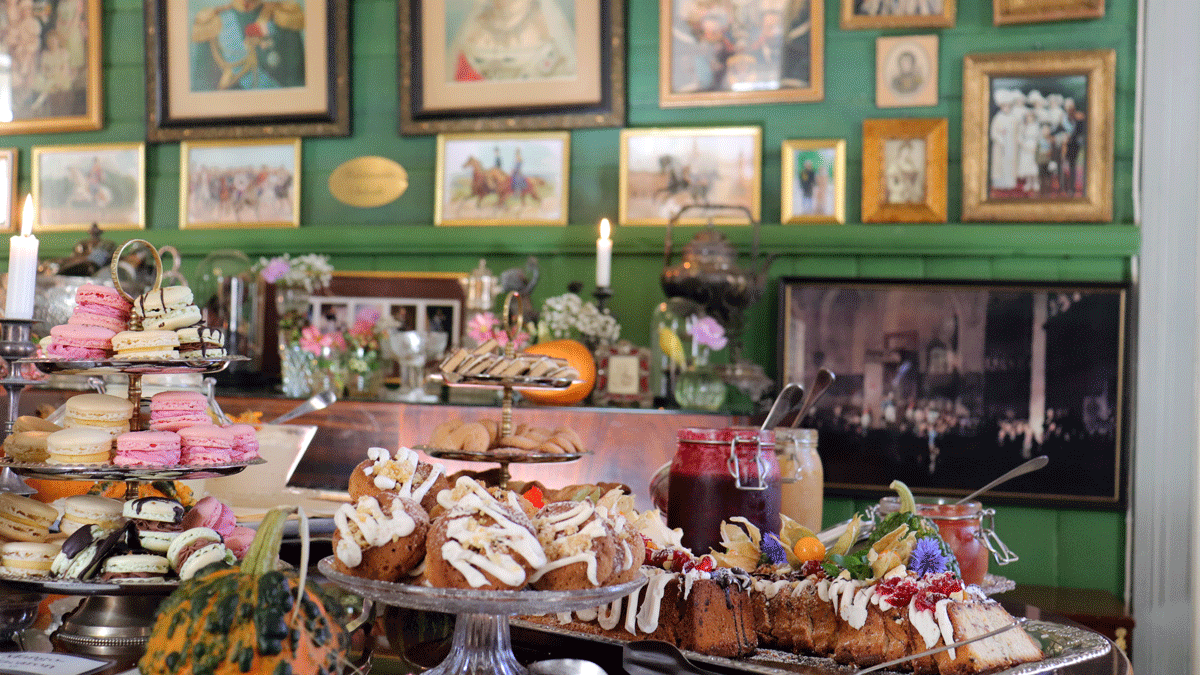 Every weekend you can invite your friends and loved ones to enjoy delicious sweet and salty scones and other hand-made pastries. Price is 34 euros per person. Please contact us for booking. 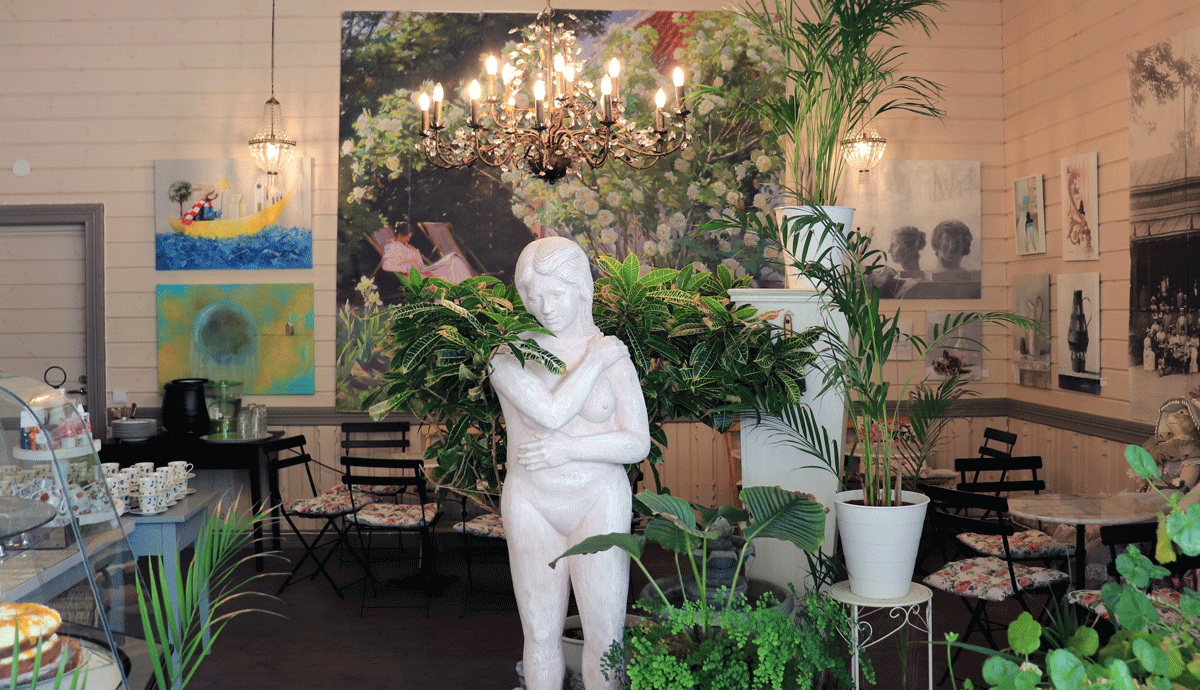 At weekends from 11-16 you are welcome to enjoy our hand-made sweet and salty pastries, good coffee and tea. 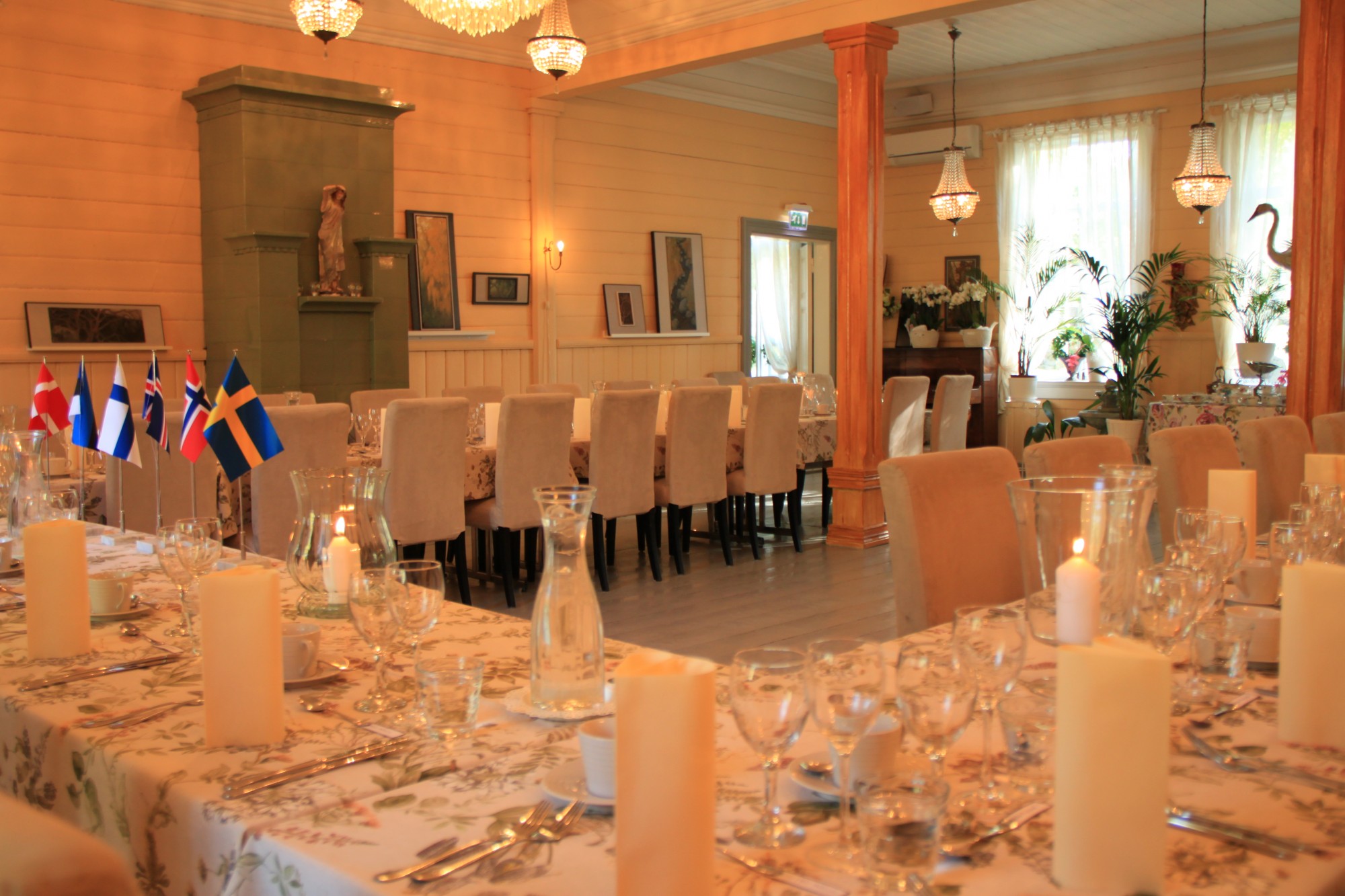 Kappeli is a charming venue to invite your loved ones to feasts of your life. Up to 120 seats inside. Please take contact if you are interested to arrange an event which you and your guests remember.

Kappeli is also great venue to have meetings or seminars. Located in the middle of Loviisa and only 1 hour from Helsinki you can astonish your guests. 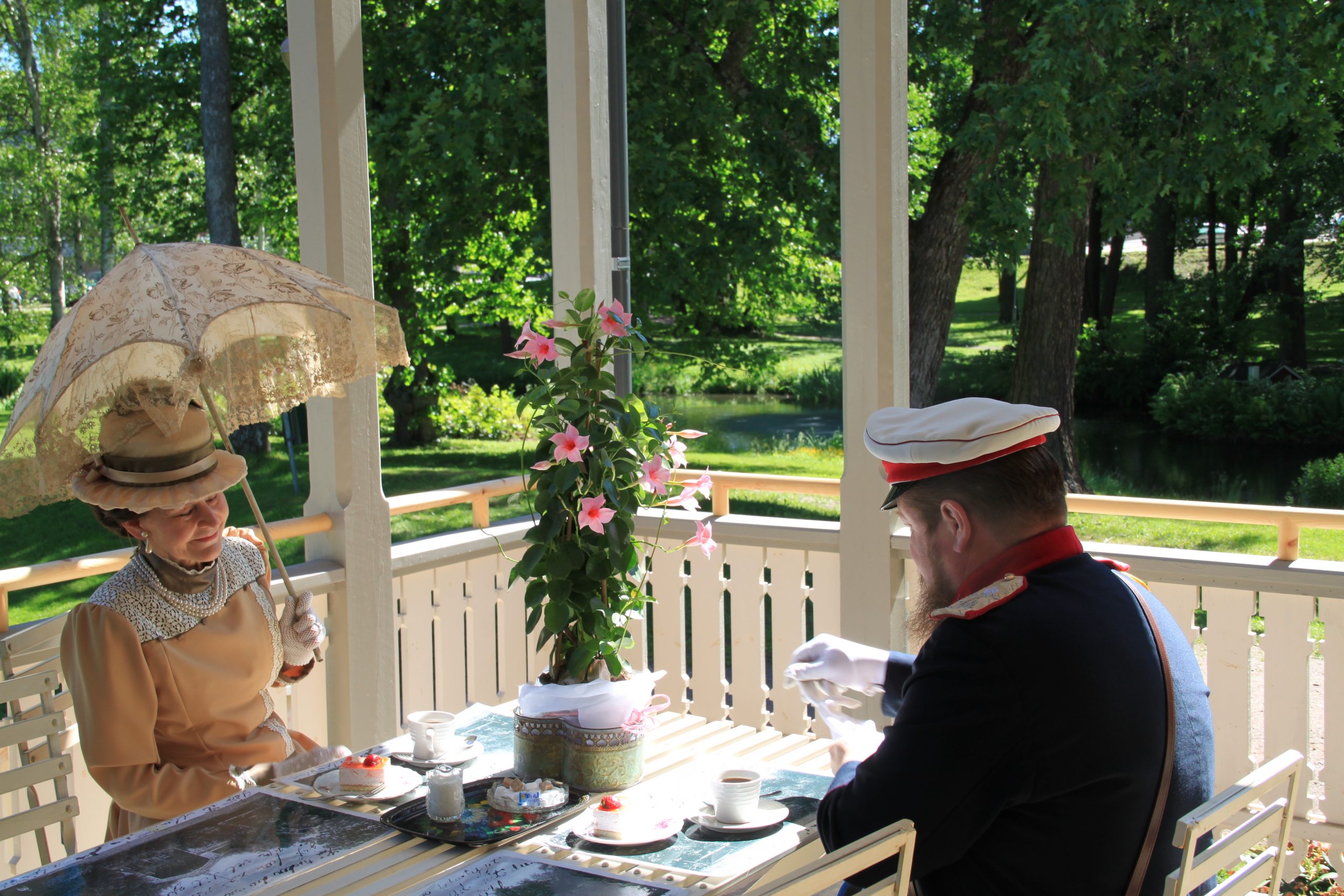 19th centurys aristocrats did not enjoy to sit in the sunlight. In open veranda you sit and enjoy your treats eyes wandering in the beautiful surrounding Kappeli's park. Seats for another 120 persons also give possibilities to arrange concerts or fashion shows with marvelous surrounding. Also Jean Sibelius has played with his sisters as a young man in Kappelis veranda. 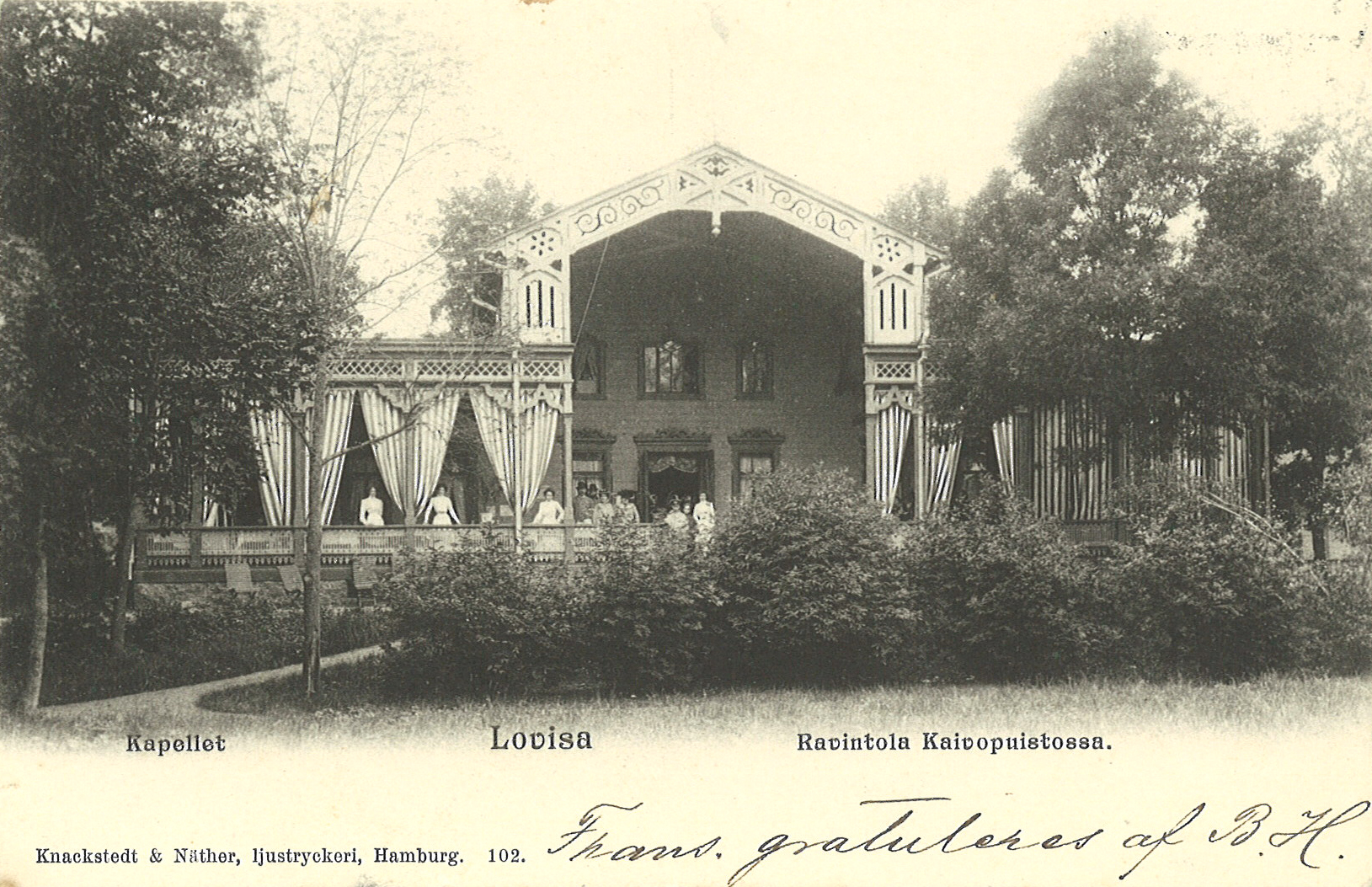 Read more from History of Kappeli

Kappeli is built in 1860's in reign of Czar Alexander II & III of Russia. Finland was then a grand duchy of Imperial Russia. Loviisa was a popular place for aristocrats to spend their summers visiting bathhouse of Loviisa. In the nights there were feasts with dinner, drink and dance in Kappeli.

Park with the pond is a remrant of fortifications of Loviisa, which was started in the 18th century when Finland was in swedish rule. The museum of Loviisa was meant to be house of the commandant of the fortification. End of 19th century and beginning of 20th century was a belle epoque to Loviisa and Kappeli when german and russian tourists made lots of visits and stays to Loviisa

In 1946 Kappeli was enlargened so that the open veranda was made interiour space to have more persons indoors. There could be up to 500 persons inside celebrating First of May or Mothers' day. In the 1960-1990 all famous artists in Finland visited to play there and hundreds of people were dancing and drinking. In the and of 20th century condition of the building went down because owners which changed a lot did not invest to maintain buildings condition.

In the beginning of 21st century Kappeli was nearly abandoned house serving only as a summer bar in the corner where nowadays is the Blue room. Building was on a public sale and in 2008 restauration-painter master Airi Kallio interested of the building and the possibilities to restore the glory of the past. Renovation was huge and it started 2008 and last up to 2013. Since then Kappeli has served glorious delights from the history as in its original purpose.

Pictures from different eras you can find from our Finnish-written site. 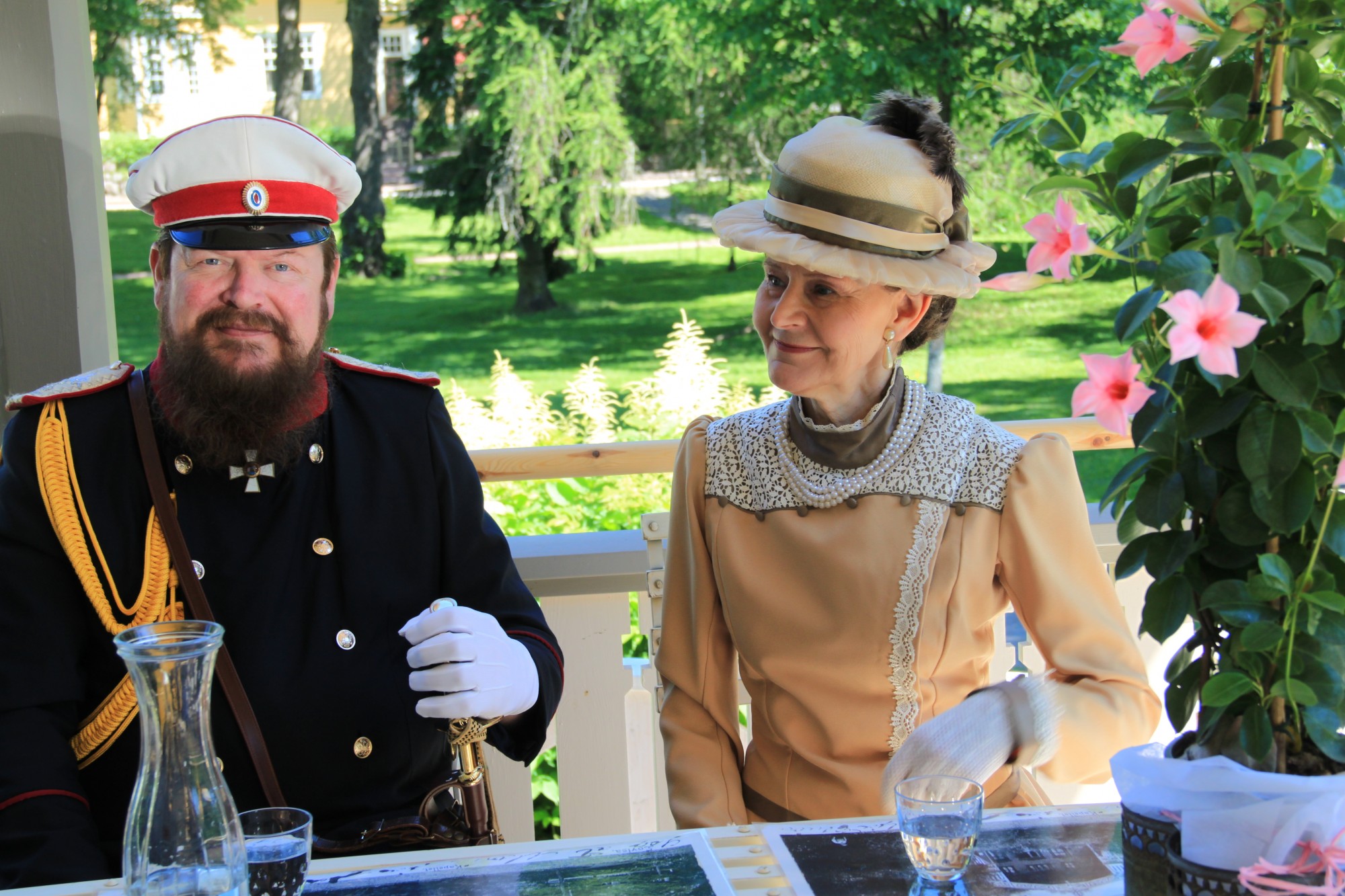 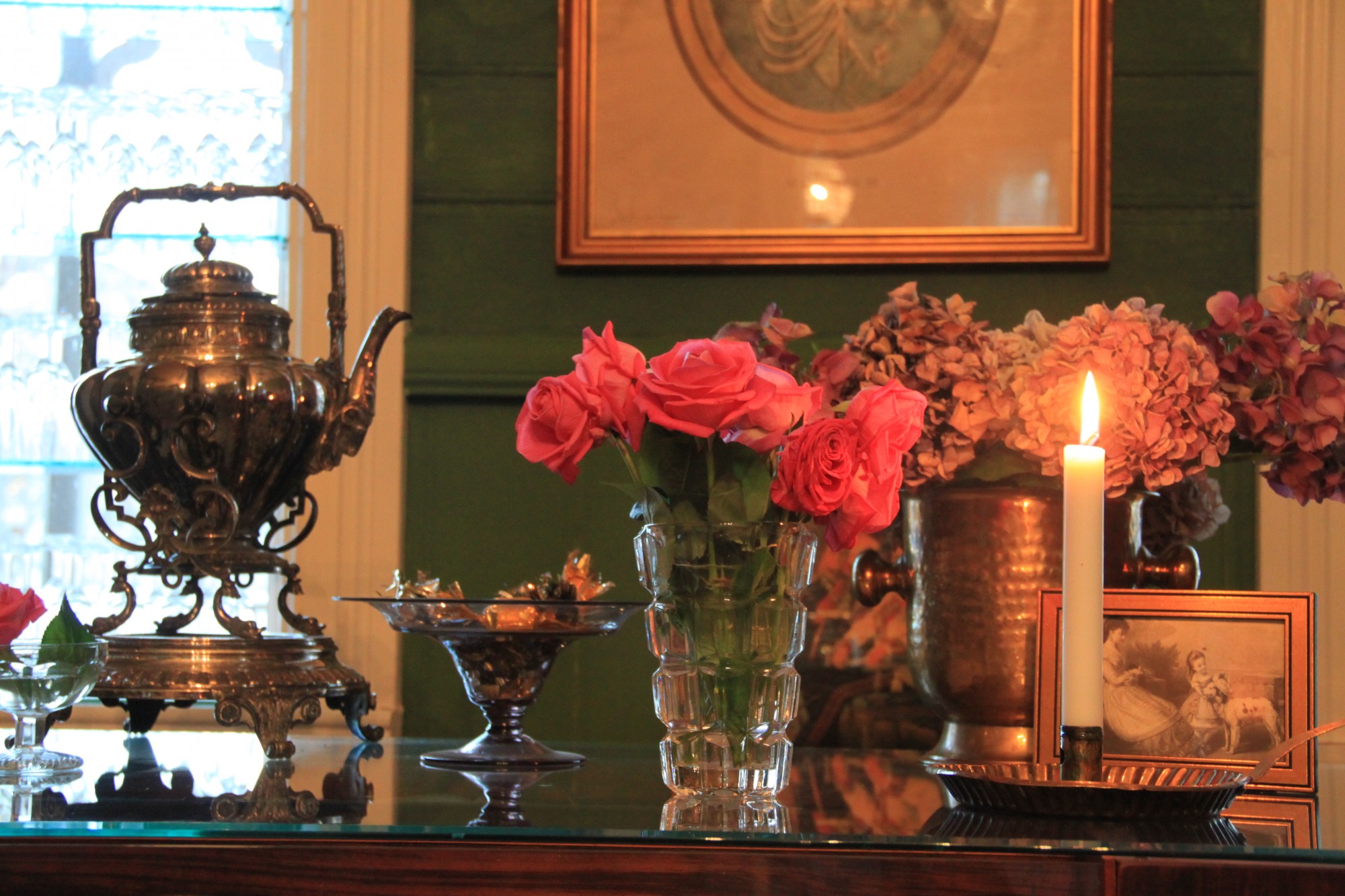 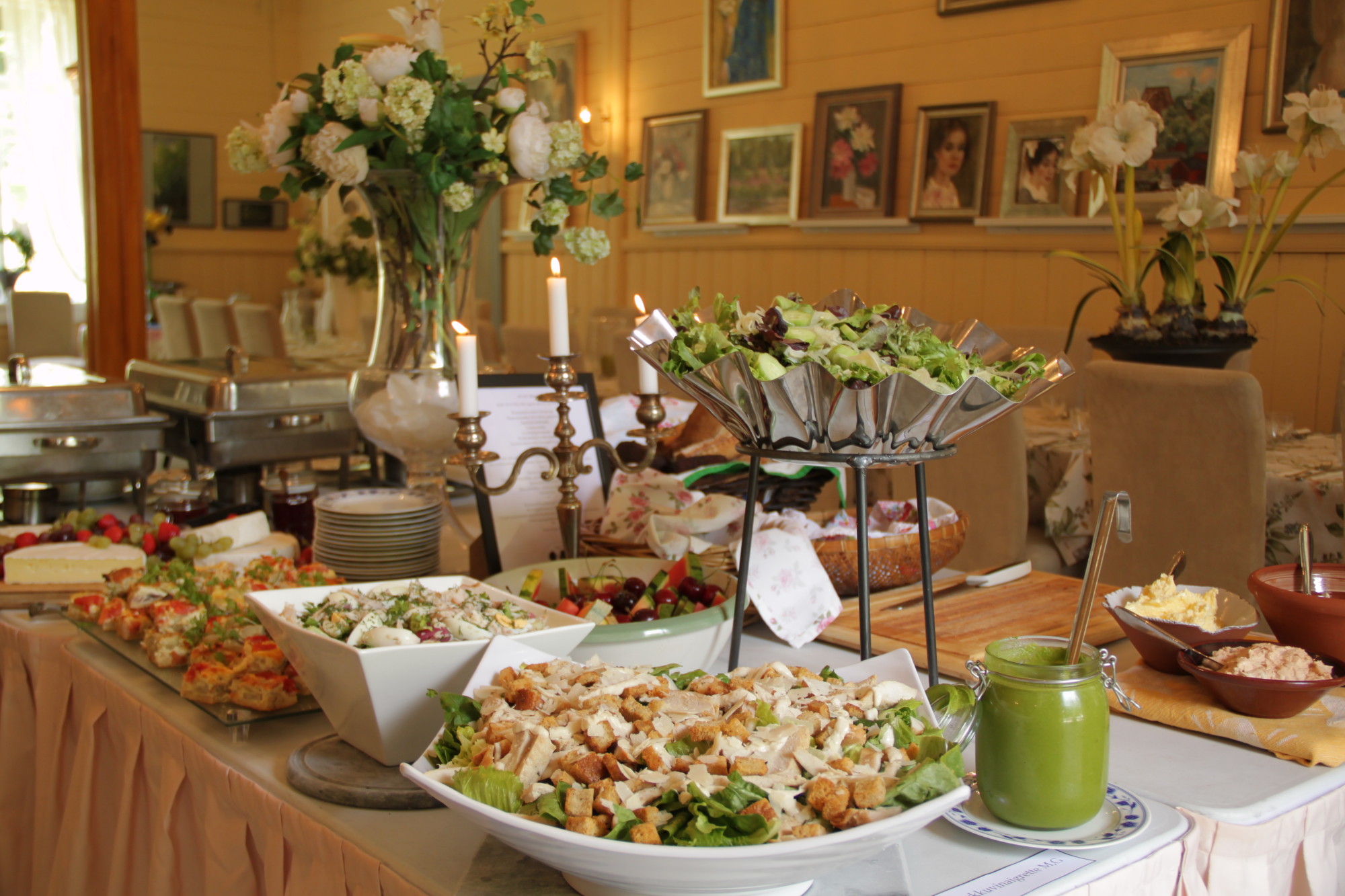 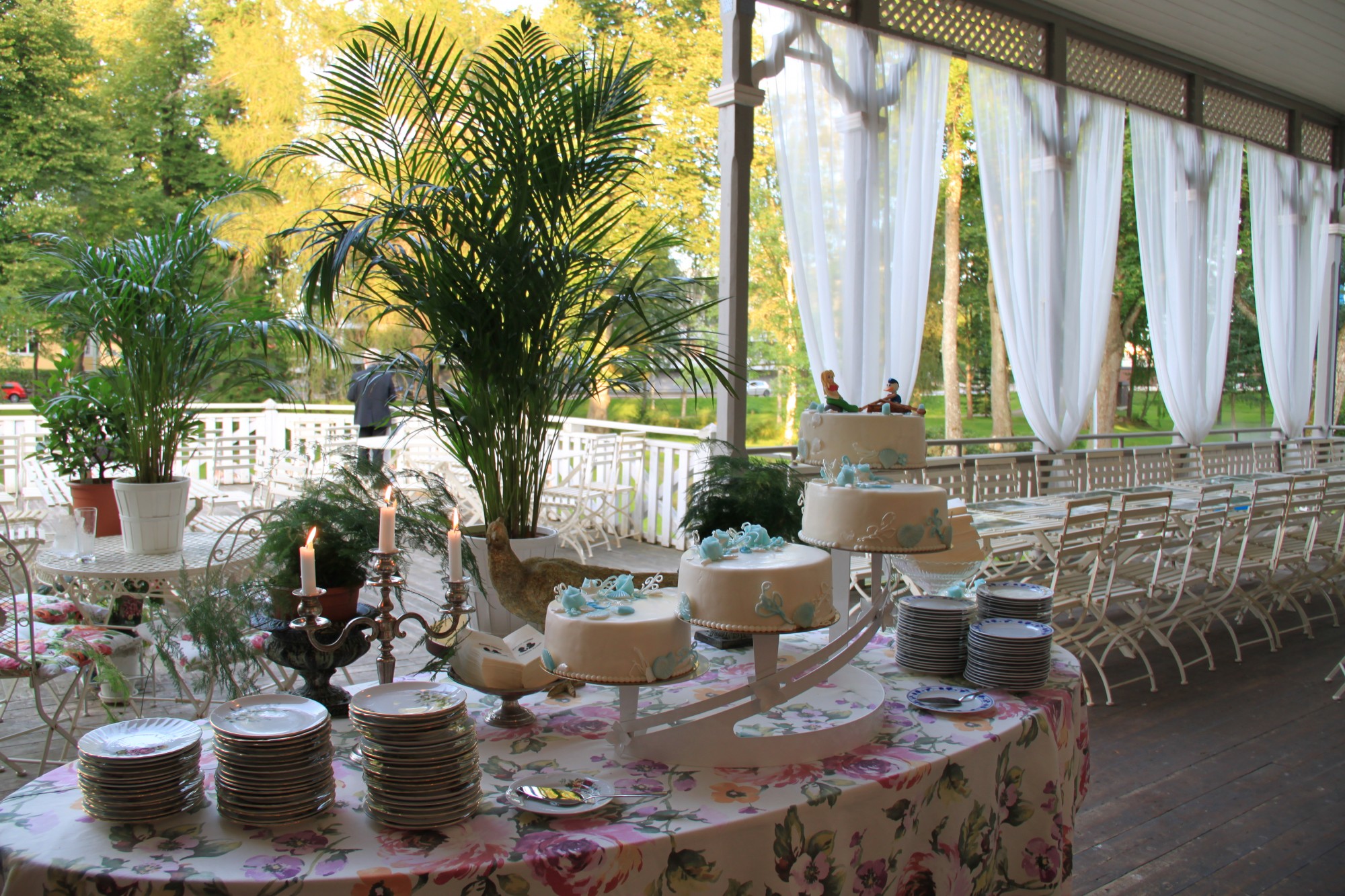 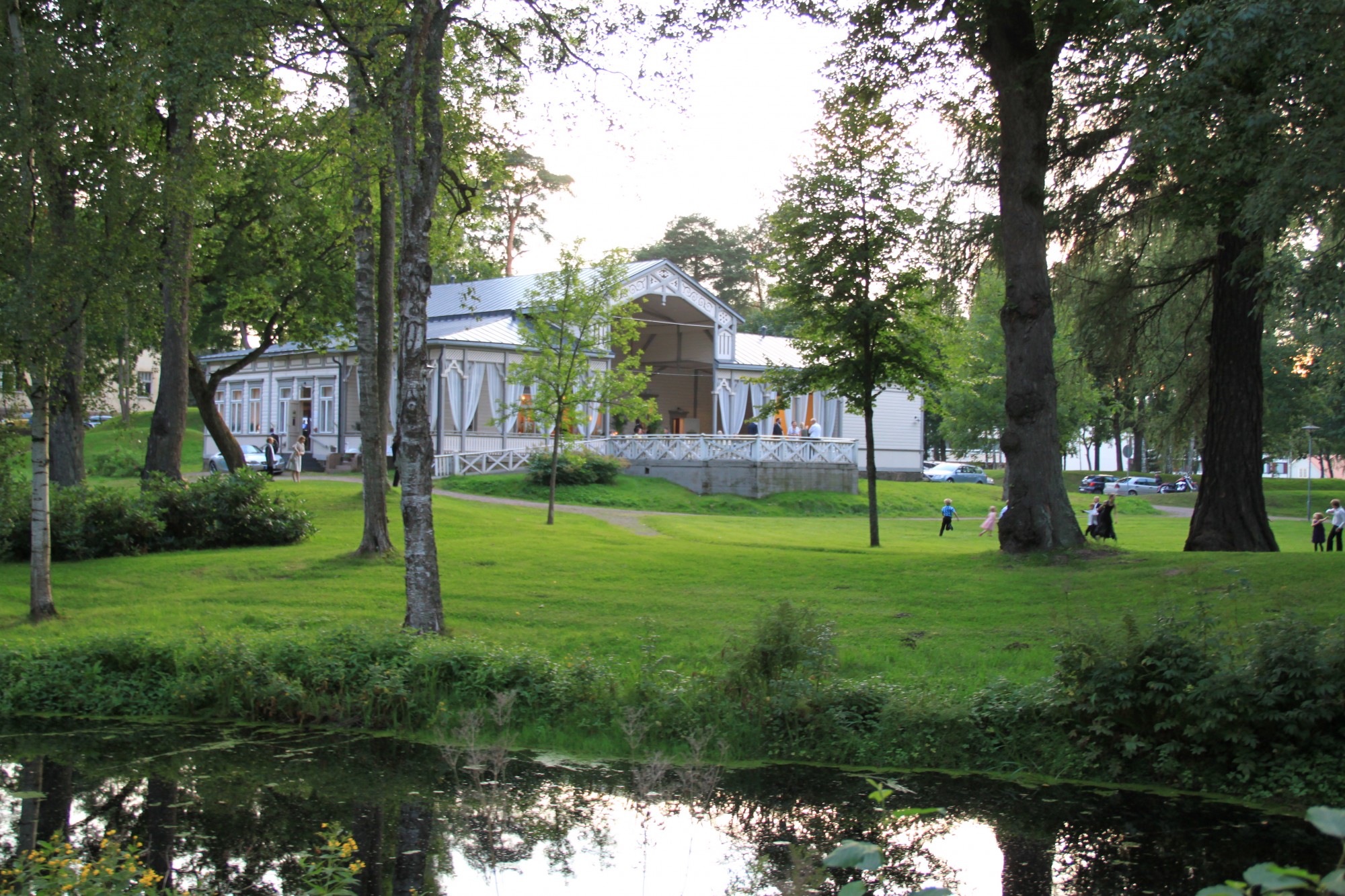 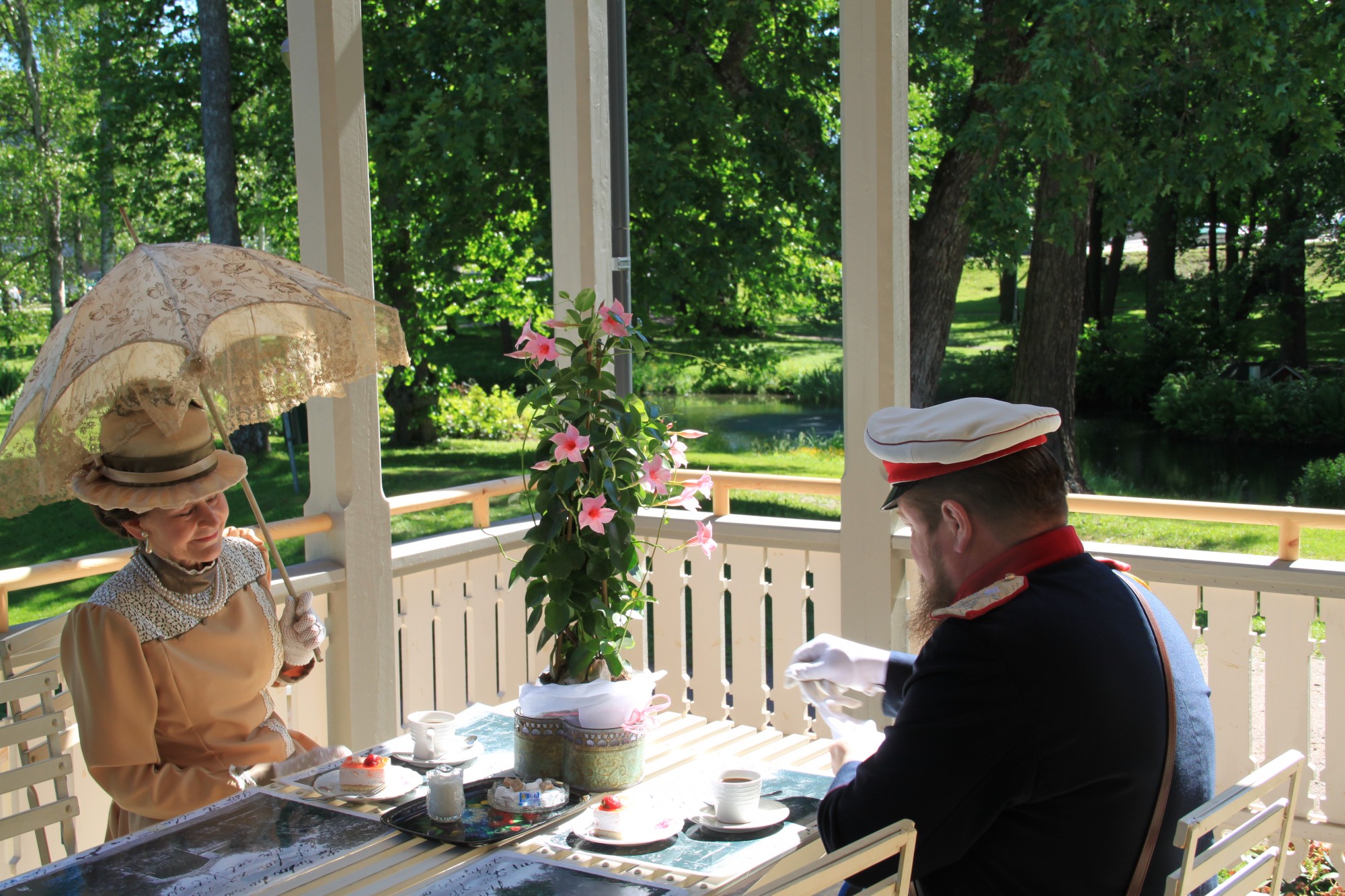